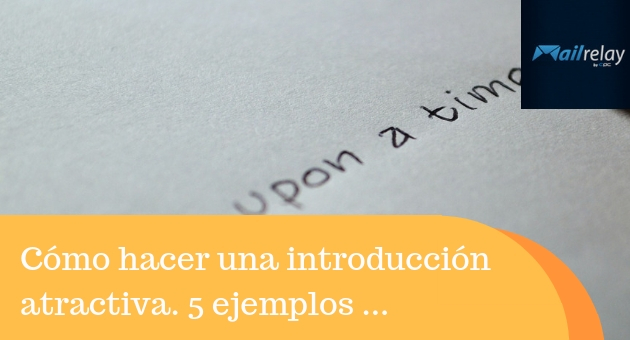 John E Powers, father of modern creative advertising, said in an interview that: The first thing is to get the reader’s attention. That means being interesting. “

Do you want to know how to write a compelling introduction to your texts? How to attract the interest of your readers?

To help you understand how to apply this technique in your texts or videos, we will analyze the introductions of texts published by Spanish journalists and marketers.

I hope they inspire you and, above all, arouse your interest!

· How to write a good introduction

1) Use a quote, a catchy phrase, or a striking idea.

You can start your article with a striking phrase with an interesting idea, with a quotation or a controversial fact, to surprise your readers and arouse their curiosity or interest. If this quote or phrase condenses the main idea of the text, you could create a captivating introduction to catch the attention of readers.

See how the journalist John Müller, in the article Companies: dying at the age of 12, published in El Mundo, uses a citation to catch the attention of readers. The phrase also condenses the essence of the article.

“I predict that one day Amazon will fail,” said Jeff Bezos to his employees last week when they asked about Sears’s bankruptcy. Many feared he was a victim of the epidemic of eccentricities that affected Elon Musk, the creator of Tesla, but no, Bezos must have a slave who whispers in his ear what was said to the Caesars of Rome: “Remember that you are mortal.” And, above all, remember that your company will not last forever. 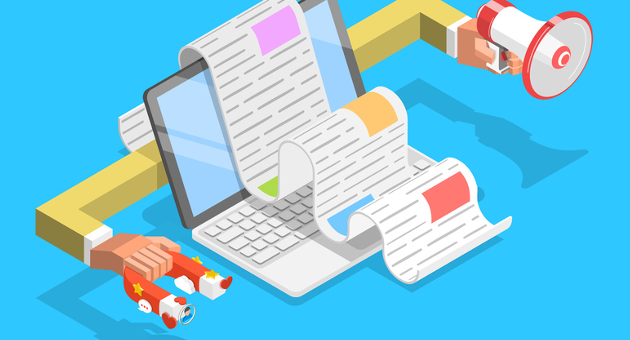 2) Tell a story or personal anecdote

Stories are captivating, easy to understand, and we remember them for a long time. That’s why storytelling is a technique widely used in marketing and also in journalism.

You can harness the power of the stories to start writing your texts more interestingly. Use a story or personal anecdote. Any of these options will attract the attention of your readers and create empathy from the first phrase.

In this example, Henneke Duitsermaat began writing his article telling his personal story:
I grew up in the Dutch countryside, where bragging is frowned upon.

You’re not supposed to talk about your achievements, and success seems almost a dirty word.

So, the idea of writing my own success story seems bizarre.

Yet, I’ve discovered that even an honest story about modest success can inspire readers and boost business.

What’s more, you can write such a story without bragging, and without feeling self-conscious. You can be humble and still showcase your success.

Shall I show you how?

Here’s the first question to ask yourself 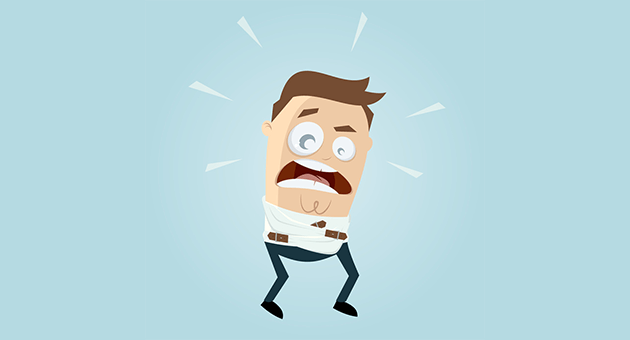 3) Describe a problem with which your readers may feel identified

Here’s how Carlos Bravo from MarketingGuerrilla describes a problem in this post:

“Why your e-commerce and mine are not growing as they should.”

As soon as I finished breakfast, I realized something. Gradually, I became too comfortable. For almost two weeks, I no longer followed my daily routine of advertising products on platforms like Facebook and Wallapop. The reason is very simple. We have good results working with other channels, so everything that was discovered, created, established, etc. previously began to lose in importance.

To manage a business and especially e-commerce, you need to look for new growth strategies, but don’t forget what you already have. These basic tasks are the ones that help us create pillars that are  difficult to overthrow over time. If you don’t continue building your project based on the structures you created, you can succeed for a while, but things probably will not work in the long run. 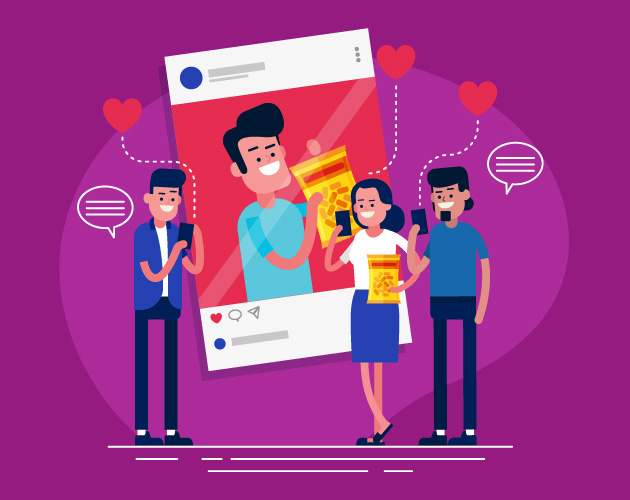 You can set a scenario to evoke a real image for your readers, or create a hypothetical situation with which they will feel identified.

In this article published by El Mundo, journalist Teresa Guerrero did that very well:

“It will be seven minutes of a heart attack – or terror” as described by the spokesperson for NASA. “no one can accurately predict what will happen when the probe enters the Martian atmosphere at 20,000 kilometers per hour to reduce its speed to eight kilometers per hour and unfold its structure to land at two meters per second in a region called Elysium Planitia.”

The writers of Think with Google Spain offer good examples of how to start an information piece with a question. In the article Three marketing leaders explain how to stand out with the six-second bumpers.  The company’s email marketing managers sent an email with the following introduction:

Do you want to figure out how to get someone’s attention in a matter of moments? Do you want us to tell you the secret of six seconds video ads? To answer these questions, we talked to three leaders of this sector that worked on creating some of the most successful six-second bumpers on the market.

It is an effective technique if it is used naturally and when the Text or video is relevant to your audience. But be careful not to overdo it, because you run the risk of looking like a telemarketing seller. Don’t cross the line between relevant information and a sales speech.

· Nothing will work without a good start.

The introduction of the post, known as lead graphic, is the most important part of the text.

As Matthew Stibbe from Articulate Marketing explains: “A good start will invite you to the party.”

And a good start sets the tone of your text and leaves readers wanting more.

That’s why, when they’re writing the lead, professional editors work with their best tricks, such as including interesting facts, anecdotes or a controversial statement.

Don’t forget that the goal of a good introduction is to catch the interest of your readers so they will stay on your site.